Tablets are one of the hottest trends in tech. But should you choose Amazon, Android, Apple or Windows? Read our tablet reviews to find out more, and check out our choice of the three best 8-inch tablets of 2015. 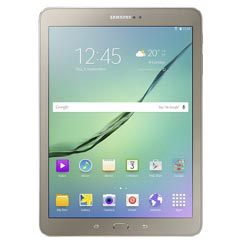 Samsung Galaxy Tab S2 9.7 review
The 9.7 inch version of the Samsung Galaxy Tab S2 is almost unbelievably slim and lightweight, and feels good in the hand, with metal edges and a smooth easy-grip back. With an 8-core processor and 3GB of RAM, it's fast, and runs Android Lollipop without a hitch. It comes with 32GB of memory and is available in a choice of 4G or Wi-Fi-only. Outstanding! 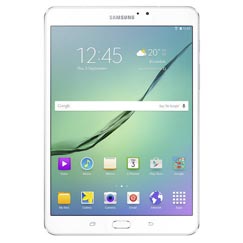 Samsung Galaxy Tab S2 8.0 review
The Samsung Galaxy Tab S2 8 is an ultra-lightweight and superslim tablet with an incredible high-resolution AMOLED display and an 8-core processor. With a good camera and all-round connectivity, it could just be the perfect tablet. But its killer feature is something many will overlook - 32GB of memory plus a memory card slot is a major advantage over the iPad Mini 4. 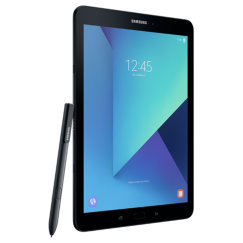 Samsung Galaxy Tab S3 review
The Galaxy Tab S3 is Samsung's best ever tablet, with a premium build, lightning-fast processor, and superb 10-inch HDR-ready screen. Its quad speakers and optional keyboard are also welcome. But the price is crazy, and it's the first Android tablet we've seen that costs even more than the equivalent iPad. 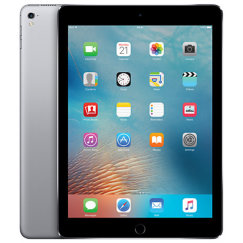 Apple iPad Pro 9.7 review
The 9.7 inch iPad Pro offers the same high performance as the full-size Pro, but in a more affordable and portable form. It's more capable than an iPad Air 2, with the new A9X processor, 32GB of RAM, and the 12 megapixel iSight camera borrowed from the iPhone 6s. It's not cheap by any standards, but is a very powerful and capable computing device. 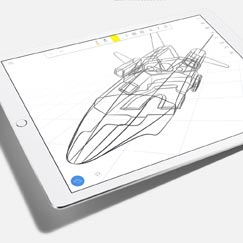 Apple iPad Pro 12.9 review
The Apple iPad Pro 12.9 inch pushes the capability of the iPad into new territory. The Pro is significantly larger, faster and more powerful than other tablets, and comes close to the potential of a MacBook, especially with the addition of the optional Smart Keyboard. Priced competitively, the Pro offers a lightweight alternative to a laptop. 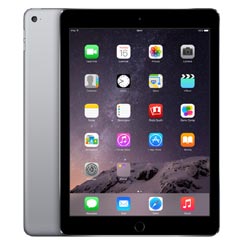 Apple iPad Air 2 review
The iPad Air 2 is a thinner, lighter and more powerful replacement for the iPad Air. It's probably the best tablet you can buy in 2014. 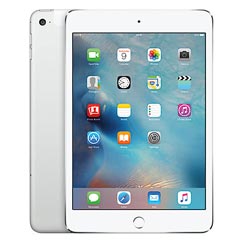 Apple iPad Mini 4 review
The iPad Mini 4 is the King of compact tablets. Impossibly thin, lighter and faster than before, and with outstanding front and rear cameras, the Mini 4 has the power of a full-size tablet in a compact form factor. With the ease-of-use of iOS9 and the extraordinary number of apps available, it's the tablet to choose if the price isn't a problem. Just be sure to think carefully about whether the 16GB version will be adequate. 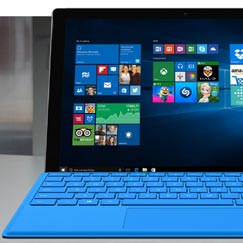 Microsoft Surface Pro 4 review
The Microsoft Surface Pro 4 is significantly better than previous versions, thanks to a better keyboard, new generation processors, an improved digital pen, and a slimmer, lighter design. It really is a device able to replace both a medium-powered laptop and a tablet. It's a superb and highly desirable device in every way, and only the high price stops it from getting an "outstanding" rating.