Sony switched from their highly-rated Z-series phones to the new X-series earlier this year, but apart from the letter-change, there's not a lot of wild innovation going on. In fact, the flagship XZ has almost the same capabilities as the Z3+ from 2015.

Stylistically, the XZ is almost identical to the understated Xperia X from early 2016, except that it's a fraction larger and heavier. We like the narrow, superslim form factor, which makes it easy to handle. The matte aluminium and glass finish feels rock solid too, and the phone excudes quality in just the way that a phone costing upwards of £500 ought to.

The right-hand edge incorporates a subtly recessed power button with an integrated fingerprint sensor. There's also a volume rocker and a useful camera button. Additionally the XZ has an advantage over the Xperia X in that it's water-resistant and dustproof to the IP65/IP68 standards.

The 5.2 inch IPS screen has full HD resolution with 424ppi, Triluminos colour and X-Reality engine. Its performance is nearly the same as previous Sony phones. It can't quite match the iPhone 7 for brightness, or the Samsung Galaxy S7's high-contrast AMOLED display, but it's as good as most rival LCD screens.

The phone comes in a choice of Forest Blue, Mineral Black or Platinum. 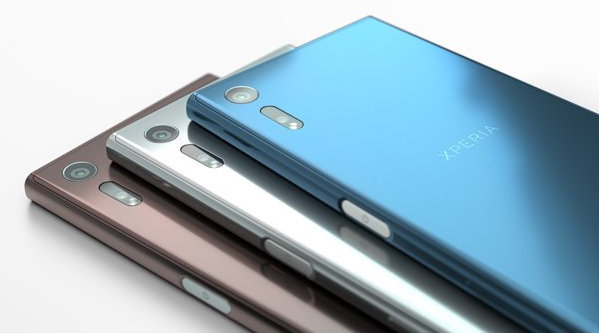 Sony has experimented with a number of different processors in recent years, but for the XZ it's returned to Qualcomm, with the latest Snapdragon 820 processor. This is a 4-core processor that runs at a very respectable 2.2GHz, and includes an integrated Adreno GPU. Despite having 4 cores rather than 8, this configuration is as fast as anything we've seen in a Sony, demonstrating that for most operations, 4 cores is ample. 3GB RAM proves to be plenty too. The XZ doesn't quite have the raw crunching power of the Galaxy S7, but we don't think you'll notice the difference in real world performance.

Onboard memory is a solid 32GB, and a microSD slot lets you add extra memory space as desired.

The phone runs Android 6 Marshmallow. The Xperia user interface has been updated in fairly minor ways to accommodate the new OS, and is largely unobtrusive.

If Sony has a key selling point, it's probably the advanced photographic capabilities of its high-end phones that stands out. Having said that, the capabilities of the XZ aren't very different from the previous Xperia X, or even last year's Xperia Z5.

The main rear-facing camera employs a 23 megapixel Exmor RS sensor with Sony's G lens and a very fast and accurate laser hybrid autofocus system. The autofocus makes it possible to capture fast-moving action shots without blur. The camera is very competent at low-light photography too, with built-in HDR mode and the ability to capture shots at an equivalent ISO value of 12800. Results are typical for a Sony camera, with plenty of detail but evidence of over-processing when you zoom right in.

The RGBC-IR sensor measures both the visible spectrum and infra-red to adjust white balance, minimising the need for post-processing images to bring out natural colours. Advanced photographers have access to manual focus and shutter speed settings.

The front camera has a 13 megapixel Exmor RS sensor, and also has good low-light performance with a wide f/2.0 lens. 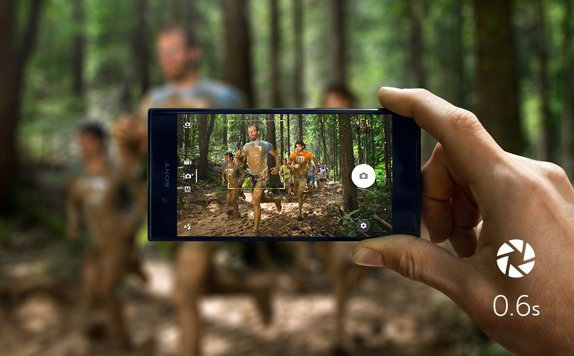 The battery life of the XZ should outperform the Xperia X, which was slightly weak in this respect. The XZ comes with a meaty 2,900mAh battery and features STAMINA mode and quick battery charging.

Sony has a tendency to release phones that feature small incremental improvements over previous models, and that's not a strategy that we can really find fault with, especially when new models are released every six months. You could argue that it's not very exciting to watch, but it does have the advantage of pursuing perfection in a very reliable manner.

The Xperia XZ may not have much different from previous models, but everything that has changed is for the better. It's a beautiful phone with a high-quality feel, with plenty of memory, a fast processor, strong battery life and superb photographic capabilities. It also has all the connectivity options we require, unlike some makers we could mention - cough, Apple.

The Xperia XZ launches in early October in the UK and will cost around £550 sim-free, or a little over £30 on Pay Monthly contract. We don't think that's too much to pay.

Reviewed by John from UK on 4th Apr 2017
I'm less than convinced you've actually tried out this phone you've reviewed. Looks great, performs badly. Battery life is mediocre. Signal is poor. Worst of all, the camera software processing is dreadful - unless you favour a watercolour effect applied to all your pictures.

It looks and feels beautiful; the screen is fantastic, but the overall package is a massive disappointment.
Rating:

Reviewed by Gareth from Wales on 20th Jan 2017
All round excellent phone which I have had two months now. Fantastic battery life, camera and love that I can wash it when it gets dirty.
USB C is definitely simpler to use than the old USB and a massive updgrade on Z2 and Z3 phones as there is no longer a waterproof "flap" on the charger port.
Sony has recently updated it to Android 7 which runs great.
The blue is a beautiful colour but I got the silver because Blue was out of stock.
Rating:

Bravo Sony, very nice design, screen, and camera too, I still have Z5 white which is the best Sony phone ever, but this XZ blue is even better.
Rating:

Reply by Tonykay from England on 9th Feb 2017
Z5 best Sony phone ever - but the XZ blue is even better - you've lost me there! fwiw I have the Z5 - a great phone.