The Sony BDP-S3500 is Sony's mid-range Blu-Ray player for 2015. It shares the same design as the rest of the range - a super-compact footprint with a sliding tray for disks.

The player comes with a remote control, and features a super-quick start time of just one second to boot up.

The player does include upscaling to Full HD 1080p resolution, and it also includes support for 16-bit deep colour, Triluminos and 24p cinema playback.

All of Sony's 2015 Blu-Ray players include Smart TV services via the Sony Entertainment Network. The services available include catch-up TV, YouTube, a web browser, and access to a library of movies, music and games. 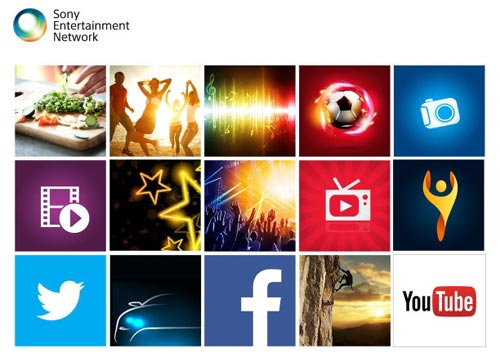 This model costs a little more than the basic BDP-S1500, and that's because it includes Wi-Fi connectivity - or "Super Wi-Fi" if you believe Sony's marketing material. Wi-Fi connectivity can be used to access Smart TV functions wirelessly. It can also be used for screen mirroring your Miracast-compatible smartphone or tablet.

In addition, the device includes an ethernet port for wired connection to the internet or to your home network. There's also a USB input for connecting a USB memory stick or other device. These options let you access music, photos or videos on your TV or home cinema system from a wide range of devices.

Additionally, you can use an Android or iOS phone or tablet with Sony's SideView app to control your Blu-ray player, or access content from devices on your home network.

The Sony BDP-S3500 costs a bit more than the entry-level BDP-S1500, but it includes Wi-Fi support. This lets you access Smart TV functions wirelessly, and also enables you to stream content wirelessly from your laptop, tablet or smartphone. If these are things that you're likely to want, then this is the model to choose. We wouldn't be surprised if this turned out to be Sony's most popular Blu-Ray player for 2015.

The BDP-S3500 doesn't include 3D playback, so if you need this feature, you'll have to opt for the more expensive BDP-S5500, which includes Wi-Fi and 3D compatibility.

The new Sony BDPS3700 Blu-Ray player for 2016 replaces the BDPS3500, and has almost identical features.

Is this player region free? Want to buy some British PAL region 2 DVDS, but not sure if my player will be able to play them. Anybody know?

Will a software update come out soon that includes the 9now app? Most other networks are covered but bot the 9 network.

I have tried to tune in to my 7 year old lg hd ready tv but does not work, no sound or any control through tv. According to instructions should just need to press red button and on button on remote to tune in?

Asked by Jeanette from Uk on 8th Sep 2016
Would appreciate help how to tune in my lg tv to sony BDP s3500 player. Instructions don't work. Please can you advise.

Reply by Andy from Australia on 7th Nov 2016
Your TV needs to have a HDMI input cable to connect to the s3500 player. When you connect them together and turn on both units, you will need to select your TV's input so that it looks at the right connection.
There is no "tuning" in required. Just tell the TV to use the HDMI connection by cycling through your input choices. It will probably pop a selection up on screen. Pick one labled HDMI and wait to see if it picks it up.

Reviewed by David from Australia on 19th Apr 2017
Seems to be very good alternative to other blu ray players except when you watch you tube you need to restart it every couple of videos as it likes to stop playing them and turn itself off the only way to stop this is to shut it down every 2 or 3 vids and turn it back on other than this very nice player small woth good quality picture and once you conevt external hdd or usb you can record tv with it.
Rating:

Reviewed by Richard Blanch from Australian on 18th Dec 2016
Just bought this unit for $98.00 from Harvey Norman at Bennetts Green.
Great price for a terrific blu ray player.
Rating: