In a nutshell: The Xbox One is built using an impressive set of technology to provide next-generation gaming, while also promising to be at the centre of the home entertainment experience in your living room.

It's been a long time coming but the Xbox One has finally arrived, years after the first "solid" predictions of an Xbox 360 replacement started to circulate. Instead of that early change, Microsoft decided to eke as much life out of its previous console as it could. Battle with arch rival Sony has now recommenced, with both companies' next-generation consoles launching within days of each other. However, the two companies appear to have chosen different areas to focus on to win consumers over.

Whereas Sony's PS4 is pushing itself much more as an out and out games machine, Microsoft's plan of attack isn't confined to gaming. Instead, the Xbox One is making a play to take over the living room, with Microsoft hoping it becomes increasingly important as an overall entertainment machine. To that end, it uses voice recognition technology to quickly switch between apps and games, or control live TV. A revamped version of the Kinect motion sensor also allows users to control content using gestures, swiping between different elements. 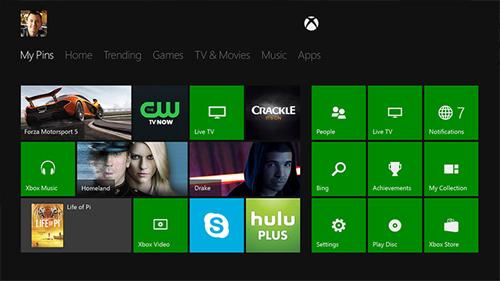 In gaming terms, a lot of the early press about the Xbox One wasn't favourable. Microsoft publicly lost the initial PR battle, having to reverse some of its decisions concerning charges for second-hand games (see below). Gamers also worried that the Xbox One would be underpowered compared to the PS4, given its focus on entertainment over gaming. However, now that both machines are finally here, with very similar specifications and only slightly different propositions, the contest seems much closer.

With the design of the Xbox One, Microsoft has produced another big black box – an expression that should be enough to cause palpitations in gamers who remember the original Xbox. Don’t worry, if you just had a flashback to the days when you did everything you could to hide the bulky Xbox from sight (while also hoping to dim its aircraft-like noise), this is 2013 and things have improved a lot. Microsoft has styled the Xbox One in the hopes people will place it in the same position they’d normally put a Blu-ray player (which it now is) or TV set-top box. The result looks like an early Sky satellite box, albeit it a little cooler thanks to its black finish. It is a lot bigger than the PS4 though, with side-by-side comparisons doing the Xbox One no favours. If space is at a premium under your TV that’s worth considering, but it’s by no means a deal breaker.

At first glance, the specs of the Xbox One read like a carbon copy of the PS4, including a Blu-ray drive, a 500GB hard drive, an 8-core AMD processor and 8GB of RAM. However, Microsoft has finally won a PR battle by overclocking its chip to raise the processing power from 1.6GHz to 1.75GHz. Unfortunately, the argument about MHz is similar to the one about megapixels in cameras: the bigger number might sound impressive, but it’s not the whole story. So, while Microsoft has more MHz, that will only affect games coded to squeeze as much performance out of the CPU as possible. Sony's developers will instead make use of the minor differences in its memory configurations and GPU to run games as quickly – if not, as might actually be the case, technically quicker than – the Xbox One.

The Xbox One controller initially doesn't seem like much of a change at all – which is good news, because the 360’s controller was always better than the PS3's option. Microsoft has removed the battery pack sticking out at the back, instead using a new low-power state to increase running time while users are watching movies or when the console is not in use. The Dpad has also been improved, making it more responsive and accurate than the 360 controller, while the buttons are as smooth and comfortable as ever.

The most striking differences come with the removal of the Back and Start buttons. These have been replaced by Views and Menus buttons, making their features much clearer for non-gamers. The bumpers and triggers are also larger, with the latter also boasting a built-in rumble function. This turns the triggers into what Microsoft calls "Impulse Triggers" and while the function won’t be used in every game, getting feedback in your fingertips while playing something like Forza 5 is very useful.

Every Xbox One also includes a "next generation" version of Kinect, which has been improved. Given that Microsoft hopes to tempt you into using this feature to rummage through your media or swipe through available TV channels, it had to be. Users can also now turn it off, so it won’t automatically be watching and listening like HAL from 2001. 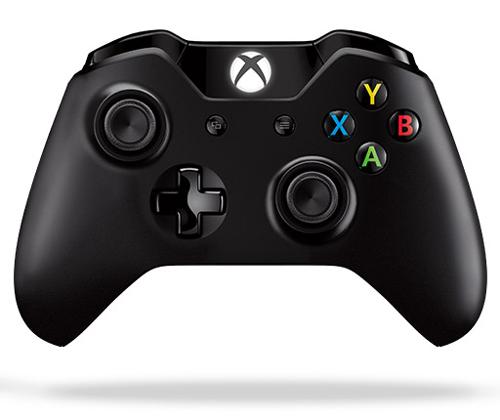 Being an entertainment hub rather than a games machine, the Xbox One comes with an HDMI '"in" connection as well as the usual HDMI out port you'll be hooking up to your television. Theoretically, you could play your PS4 through your Xbox One but it’s much more likely you’ll be running a Sky, Virgin or other TV service through it to integrate that into your options. Naturally, the One is also 4K compliant, so the new double-HD players and televisions starting to make their way to market are catered for.

The Xbox One will also act as a media server. So, if you've got a movie or TV episode stored on the console you’ll be able to access it anywhere else in the house using a device connected to the same wireless network. While Sony's console lets you stream content to PS4 from other devices, this feature puts the Xbox One ahead – especially in a world where tablets, phablets and smartphones are becoming the access device of choice.

Meanwhile, a DVR function allows users to record and share game footage direct from the console’s hard drive. Prepare to scatter those ultimate kill videos from first-person shooters or amazing racetrack laps from driving games across your social media.

This is the area Microsoft has suffered most pre-launch, failing to get the news out about changes in its early decisions. Originally, the company was eyeing extra revenue from a market in second-hand games it currently gets no share of. Players would have registered individual games to themselves, then Microsoft would have charged a fee if the game was sold on to someone else. Misinformation continues, with many gamers believing this policy is still in place, even though it was abandoned after a consumer revolt over the idea.

One annoying decision that is true is that Xbox 360 or original Xbox games will not be backwards compatible with the Xbox One (for the record, this is the same for the PS4, although Sony hopes to answer that problem by making classic games available online). Best to hold on to the Xbox 360 for the time being if you have favourites you like to play or achievements left to unlock. 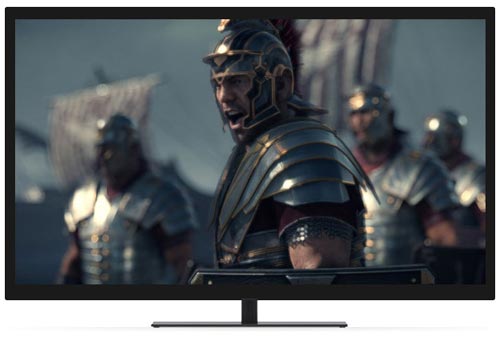 Microsoft has form when it comes to wanting to be at the centre of a user's living room, previously creating Media Centre PCs that failed to really take off. With the Xbox One it has a different proposition, bringing a lot of home entertainment options together in a device that is, by its very nature, already likely to be plugged into the main TV. Working as a media centre also gives it a leg up in a world where tablets and smartphones are likely to want to get at content – something Sony doesn't seem to have switched onto yet. Having lost the format war after backing HD-DVD, it's also good to see Microsoft swallow its pride and put a Blu-ray player in its machine. Although the size of games bought in-store rather than as downloads naturally dictated a bigger disc size.

The real downside for Microsoft's proposition starting out in this next-gen war is the price. Sony has brought its machine in £80 cheaper than the £429.99 Microsoft is asking at launch. Extra controllers for the One will be £44.99 each, while the Xbox Live online gaming service costs £5.99 a month – although Sony is now charging for the majority of its online capabilities, so that seems less of a burden. However, for the extra abilities the Xbox One offers, the price difference is worth paying.

Although we've rated the Xbox One at 4 stars, a score of 4.5 more closely sums up what we think of it. Highly recommended!

Microsoft Xbox One features include:

Reviewed by redfitz from uk on 7th Apr 2015
I've had the xbox one for 5-6 months and it's excellent people bang on about ps4 being more capable numbers wise but xbox live is and always be the no1 I paid 359 for console and 3 games new from argos got fifa 15 forza horizon and evil within which was great game I now got gta5 and assassin's creed unity it's brilliant hrs of fun anyway I've also liked with my virgin box so its an all round entertainment system
Rating: