In a nutshell: The Microsoft Lumia 650 is an entry-level smartphone with a premium, ultraslim and lightweight design. It brings a lot to the table, including a superb OLED screen, a generous 16GB of memory (plus a microSD memory card slot), and the powerful built-in apps of Windows Phone 10. But there are compromises in processing speed, camera quality and battery life, and Windows Phone still lags years behind Android and iOS when it comes to third-party apps.

The Lumia 650 may be an entry-level model, priced at not much more than £100, but unlike previous "plastic fantastic" Lumia models, this one has the looks of a real business smartphone. Available in smart Black or White, the 650 is ultrathin, measuring just 6.9mm in thickness - even thinner than the iPhone 6s or Galaxy S7. It's also incredibly light, weighing in at just 122g, making it one of the very lightest phones you can buy. The frame of the phone is made from aluminium, and there's clearly been a much greater attention to detail than anything we've seen from previous Microsoft Lumia models. In fact, the Lumia 650 reminds us of the premium style of Microsoft's Surface range of tablets, and shows us what the company is capable of when it really tries. And unlike most flagship phones, the back of the Lumia 650 is removable, so you can easily change the battery, and replacing the sim card or memory card doesn't require special tools or a magnifying glass.

It's a design that combines elegance, simplicity, and sheer practicality. 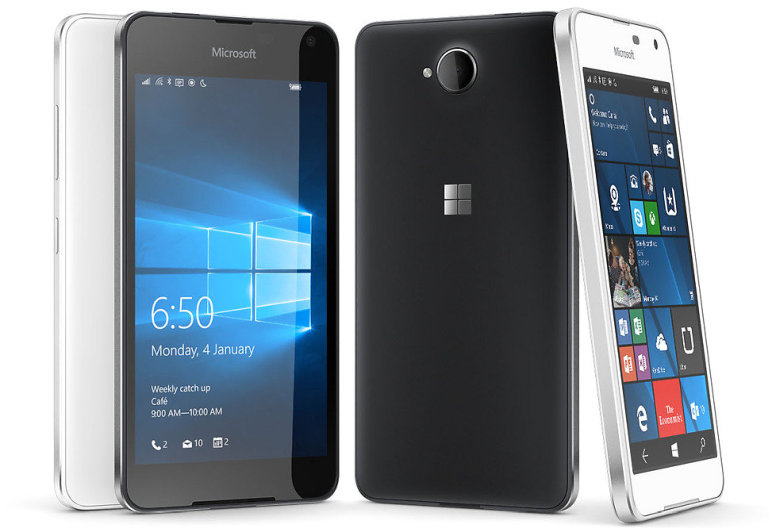 The screen of the Lumia 650 is noteworthy too. Unlike the usual LCD displays that clutter the entry-level and mid-range, the 650 has a superior OLED display, with the ClearBlack screen technology first developed by Nokia that's so good at killing reflections and enabling the screen to be seen clearly in sunlight. This display measures 5 inches, which is now the "standard" size for smartphones, and is HD with a pixel density of 297ppi - again a standard for a mid-range phone. But thanks to the OLED/ClearBlack combination, this screen punches well above its weight, with excellent brightness, contrast, colour saturation and viewing angles. You won't find a better screen for the price.

Windows Phone 10 has been out for a few months now, and brings some new features to the phone.

Microsoft Edge replaces Internet Explorer as the default web browser. Windows Maps keeps all the features we liked about Nokia's HERE Maps, including offline maps, turn-by-turn directions for walking and driving, and public transport information. YouTube, OneNote, Outlook, Skype and Office are all included, and Facebook, Twitter, WhatsApp and LinkedIn are pre-installed. Live Tiles are still here, and you can choose which apps appear on your home screen, and re-size and position them according to your needs. Cortana is always eager to answer any questions you may have.

But the Lumia 650 doesn't have the iris scanning security of the upmarket Lumia 950, relying instead on a PIN or password for device security. Nor does it have the new Continuum feature of WP10.

However, by far the biggest problem with WP10 is still the relative scarcity of 3rd party apps, and this becomes more of an issue as time goes by. 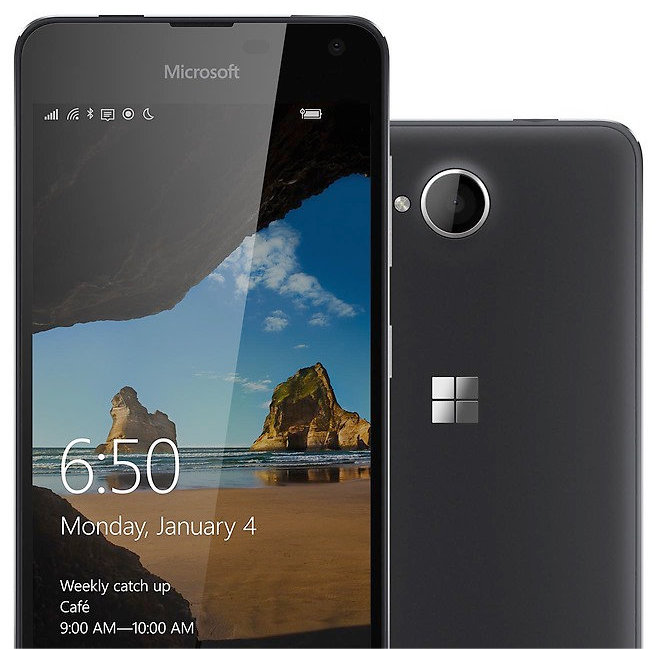 Microsoft has equipped the Lumia 650 with a Snapdragon 212 processor, which is roughly equivalent to the old Snapdragon 400. With 4 processors running at 1.3GHz, this is an entry-level processor by 2016 standards. WP10 is a sprightly OS, so this is fast enough for everyday activities, and the phone certainly doesn't lag in normal use, but the Snapdragon 212 betrays its low-end specs when the phone tries to load image galleries, or view big web pages.

It doesn't help that the phone only has 1GB of RAM either, when many rivals have twice this amount, even in the mid-range sector.

One thing that Microsoft has done right, however, is to furnish the phone with a respectable 16GB of storage. And this is easily expandable by adding a microSD card.

The Lumia 650 seems to have the same rear camera as the Lumia 640. It's an 8 megapixel camera with 2x digital zoom, autofocus and flash. The camera has fairly good low-light performance, aided by a 1/4 inch BSI sensor, and a wide f/2.2 aperture. It's a good enough camera for a phone at this price, but it doesn't stand out from the crowd.

On the front is a no-frills 5 megapixel camera.

Video recording with both cameras is limited to 720p HD resolution.

The phone supports 4G networks, as well as 3G and 2G, using a nano sim card. Other connectivity options include Wi-Fi, Bluetooth 4.1, micro-USB 2.0, NFC and a 3.5mm audio jack, ensuring that all the essentials are covered.

The Lumia 650 has a surprisingly small battery, with a capacity of just 2,000mAh. That's actually less than last year's Lumia 640, and may be the price of engineering such a lightweight and slim phone. In our experience, Windows Phone devices are quite frugal with battery power, but this is a small battery by any measure. Too small, in our view.

The Lumia 650 seems to mark a new direction for Microsoft - towards premium design, even at the budget end of the market. We very much welcome that move, and look forward to more of the same in the future.

The Lumia 650 gets a lot of things right. It's excellent value for money, delivering a solid smartphone experience for less than £150, provided that you're happy with the limited range of mobile apps available for Windows 10. Remember that there are a lot of very good free apps available from Microsoft, but not so many beyond core business and productivity apps.

Performance from the Snapdragon 212 isn't as snappy as we'd like, but is perfectly acceptable for a mid-range model. The camera quality and battery life are below average, but the 16GB of memory is generous, and the screen is one of the best we've seen in the mid-range.

So it's a mixed bag overall. We love the style, and the phone gives a lot for the price, but comes with some limitations too. The real question is not whether the phone is good or bad, but whether it fits your own personal needs.

Reviewed by Stephen from UK on 20th Dec 2016
I bought this phone a month ago. I love its slim, featherweight design. The screen is extremely sharp and very responsive, although slightly reflective. I wish the CPU were a little faster, but since I paid just £100 I can't really complain about it. As for apps, it does everything I want - facebook, twitter, youtube, kindle reader, weather, email and OneNote. My one wish is for a longer battery life, but I suppose this is the downside of such a light phone.
Rating:

Reviewed by Tris from UK on 20th Mar 2016
I bought 2 of these phones. One for my wife to replace her aged and well loved Nokia 735 and one for myself as I wanted a 2nd phone to pair up easily with my surface. I'm going to be blunt. This isn't really a phone I would recommend for consumers. This is more of a work deployment phone that has all the essentials you need. My wife much prefers her old 735 and I can understand why. It's got fantastic build quality and the screen is truly amazing at this price point. Yes it has a small battery but I found it still lasts all day. Swappable battery, micro sd up to 200gb, soft touch back, decent camera. It all falls apart from then on. Here maps is no more on wp mobile. It's not powerful enough to be a truly useful work phone. No good for games at all really if you have time to kill. Universal apps are taking forever to come into the store. Many of the top apps that are there are just missing so many features it's unreal. If you run anything intensive then boy don't you know it. It's just good for basic work needs. To that end, there's many other phones that could achieve that at a for lower price point. You can get a 640 that will perform the same for half the money. Really what your paying for is the design of the phone. It goes to show that better design was always possible from Microsoft and I hope this is a peek at things to come. The phone I would like to see is a 650xl with a 5.5/5.7 inch 1080p screen, continuum and hey cortana with wireless charging. Unfortunately the 650 is just too basic and only mirrors the 640 but with better screen and build. To me that's not a step forward enough...... It's just new shoes on an old horse.
Rating: