New for 2017, the P10 Lite is an update to the extremely popular and top-rated Huawei P9 Lite. It's almost the same phone, with a few upgrades that are well worth having.

The phone is even thinner than the P9 Lite, measuring just 7.2mm thick. It has a good weight-to-size ratio too, feeling solid but never too heavy. Build quality is very high, with a diamond-cut metal frame and toughened glass front and rear. The phone is nicely detailed with a speaker grille on the bottom edge. The square fingerprint scanner on the rear of the phone is fast and reliable and can be used to unlock the phone, take photos, and swipe through photos in the picture gallery.

The 5.2 inch screen has Full HD resolution with a high pixel density of 424 ppi. It's a bright, sharp screen with excellent colours. Note that you don't get a physical home button on the P10 Lite, just virtual on-screen buttons.

The P10 Lite features an updated processor - the quick Kirin 658. This is an 8-core processor running at speeds of up to 2.36GHz. It uses a new generation of 16nm technology, and the device also incorporates a new i5 co-processor. The phone is extremely fast at most tasks, and only begins to show its limitations with demanding 3D games.

RAM is 3GB or 4GB, depending on region. Either way, there's plenty of memory available for multitasking and speedy swapping between apps.

We're very pleased to see that the onboard storage has been doubled up to a sizeable 32GB, and you can also add a microSD card for extra storage.

The P10 Lite has been updated with the latest Android version, and also comes with a new version 5.1 of Huawei's Emotion user interface, which is slick, user-friendly, and provides lots of useful additional tools to stock Android.

The camera ia a decent mid-range performer, with a 12 megapixel resolution and video recording at 1080p HD resolution. There's nothing exceptional about the camera performance, but nothing to complain about either. It has HDR, manual mode, time-lapse mode, and plenty of other features. If Huawei's goal was to build a phone that performs well in every respect, then the camera doesn't let it down.

The front 8 megapixel camera is perfect for selfies. 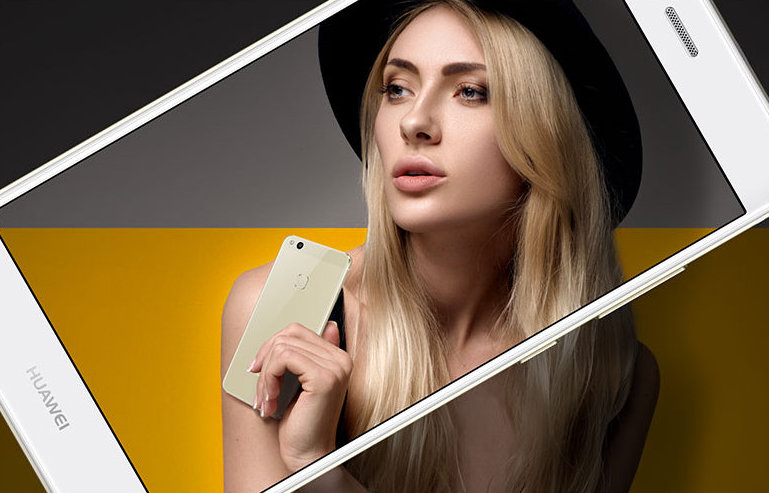 Connectivity is as you'd expect from a mid-range phone, with 4G, GPS/Glonass positioning, Wi-Fi, Bluetooth, micro-USB, NFC and a 3.5mm audio jack.

The P10 Lite comes with a heavy duty 3,000mAh battery. The low energy use of the Kirin processor makes this last a long time. Heavy users will get a full day between charges and light users might be able to stretch this out to 3 days. The phone supports fast charging, and a 10 minute charge is enough to add another 2 hours of battery life.

Conclusion - easily one of the best phones of 2017

The P10 Lite isn't very different to last year's P9 Lite, and that's a good thing. Huawei have taken the best mid-range phone of 2016, made it slimmer, updated it to the latest Android version, and doubled the memory to 32GB. They've kept the price the same, and in so doing have produced the stand-out mid-range phone of 2017 so far.

Asked by kylie from UK on 20th Jan 2018
It also bends by itself !! and the side casing cracks due to the pressure put on it from bending. Huawei will take no responsibility for this which is a COMMON fault if you google it. We had the phone for about 6 weeks and were told over the phone (even before sending it back for them to physically check) that it had been misused. If it had of been dropped there would be cracks in the screen! I sent it back and no surprise they claimed it had been misused and its going to cost either £14.40 to get it back unrepaired or £88.44 for them to repair their own fault of a phone overheating and bending. I ADVISE not to waste your money, buy a proper phone.

Reply by Redfitzy from United Kingdom on 21st Jan 2018
I don't know how it's ending I've had Huawei p8 lite 2017 the p9 lite and now I have the p10 lite and there all extremely robust excellent phones the p8 lite was the only one I dropped and back glass cracked but ebay and a tenner to replace then 20 to fit it was good as new anyway how ur phone is bending is cos ur actually bending it u see these videos online complaining about bendy I phones etc that's cos there bending them selves.. Here's an idea don't put photos e in skin tight jeans back pocket and forget then sit down lol also don't try bending ur phone to see if it bends cos I could bend any phone there is if I try lol anyway hope u get a non bendy handset in future

How robust is the phone with it being made of glass?

Asked by Mark from Northern Ireland on 1st Dec 2017
Thinking of buying a p10 lite
I'm currently using an I phone 5c
Just worried how robust the phone is with it being made of glass has anyone had any issues?
And just genuinely how good the phone is ?


Reply by Saffy from uk on 31st Dec 2017
It's absolutely fine. Nephew has had one for a couple of month's and no issues. Must say the finish looks very stylish and premium. A good budget buy.

Is the phone still fast to use with the Kirin processor being only 658?

Reply by Abdul from United Kingdom on 19th Nov 2017
Yes

Reviewed by Hugh Wilson from United Kingdom on 3rd Jun 2018
I upgraded my phone from the p8 lite to this one it's a fantastic budget phone it does what I want it for, very responsive in fact it's fast the fingerprint function I love so no more people trying to access your phone. Yes I would certainly recommend this phone.
Rating:

Reviewed by Ian from UK on 1st Apr 2018
So far so good I have Oly had a p10 lite a couple of months very pleased wish I had bought a Huawie sooner will definitely buy Huawie in future very fairly priced it Will have to be something pretty special to get me away from Huawie now thank you.
Rating:

Reply by Rob from Uk on 31st Mar 2018
According to huawei spec, western Europe units should have WiFi (ac) spec on the 5g band. Can you confirm this?

Reviewed by Andy from Uk on 15th Feb 2018
Beautiful phone, premium look and feel. Brilliant specs for just £180 quid at carphone warehouse. Camera is very good, much better than Moto g5 I had. Loving everything about it. Highly recommended.
Rating:

Reviewed by Lisa from England on 7th Feb 2018
Absolutely fantastic phone. You can't go wrong with Huawei. I would definitely recommend these phones and would never look back or go on any other phone now.
Rating:

Reviewed by Pete from Germany on 3rd Feb 2018
Got the phone November 27th, 2017. My first Android, been on iOS before.
I added a clear TPU bumper, and I do NOT put it in my trouser pockets.
Instead, I carry my phones in a bag on my belt for 8 years now. Never had any bending issues.

The P10 Lite charges incredibly fast, one hour from 35 to 100 percent.
It typically lasts 20-24 hours with average use (some messengers, browser, calls, shopping list etc.).

Android 7 with EMUI 5.1 is exactly how I love an UI to be, the phone it performs fast, no lags, doesn't even get warm when playing videos for 2 hours.

I paid it 270 Euros with shipping, but the price is down to about 220 Euros now.

The whole thing works like a charm and I'm thinking about getting another one to have a spare one for the case they will discontinue this model one day.

My last iPhone was a 5s, still on iOS 9 as Apple is long dissipating their energy on emoticons, removing usefule features and adding features nobody needs, introducing bugs over bugs and having lost customer experience out of sight for a long time.
I dislike camera lenses standing out of the body and too wide displays, the phone needs to still fit into the car holder.

Android 7 gave me back control over my stuff, something that Apple never allowed.

I didn't want an OLED display because I can't tolerate prematurely and unbalanced ageing of the colours, neither any burn-in effects. The P10 Lite panel is perfect, no issues, bright enough even in bright light, I mostly have it set between 15% (dark ambient light) and 35% (bright light), I never had it above 50%.

I haven't had that much joy out of a smartphone in the past five years.
This thing is a bargain. Get one, and spend the money saved on a nice short holiday.
Rating:

Reviewed by Redfitzy from United Kingdom on 18th Jan 2018
I just got the p10 lite today after upgrading from p8 lite 2017 and its nearly identical apart from storage being 32gb and metal frame also better kirin processor camera is better and quicker I'm actually pleased I upgraded u will need a protective case as glass front and back and it's slippery anyway 179.99 u can't got wrong mine is 4gb ram version.
Rating:

Reviewed by Kev from United Kingdom on 28th Dec 2017
I had an issue with a Samsung Galaxy s7 on an upgrade. I thought I would try the P10 and get sim only deal. I can honestly say I am delighted with the phone in my opinion its not only faster but more user friendly. The audio is awesome, it has a better standby time, and a great screen. For under £180 it totally exceeds my expectations well done Huawei I still can't say your company name but you make a great phone.
Rating: