BlackBerry was at the forefront of the smartphone revolution, but lost its way, seemingly uncertain about whether it wanted to make business or consumer products. In the past two years it has lost substantial market share to Apple and Samsung in particular. The new BlackBerry 10 operating system, launched on 30 January 2013 may revive the company's fortunes. 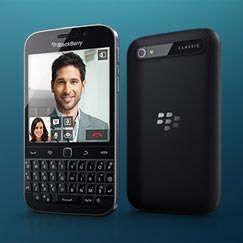 BlackBerry Classic review
The BlackBerry Classic combines a physical keyboard with the power of the BB10 touchscreen operating system. It allows limited Android apps too, and is a very competent business smartphone. But the small screen and dated processor won't make it a good choice for multimedia fans.