The price of flagship smartphones keeps rocketing but you can still get your hands on a good phone for less than £200, or around £15 per month on Pay Monthly, if you know what to look for. There will be compromises and hard choices so make life easier on yourself and start with our pick of the best. 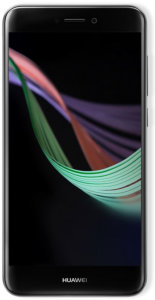 Chinese brand Huawei is becoming a strong player in the UK, and the 2017 edition of its P8 Lite showcases why. It's a superslim phone with a smooth stylish finish and a big 5.2" display. The screen resolution is 1920 x 1080 pixels, giving it a very high 424 ppi pixel density - the highest of our top 3 picks. On the rear of the phone you'll find a fingerprint sensor, used to unlock the phone.

Inside it gets even better. The phone runs Android 7 and is superfast with an 8-core processor running at 2.1GHz. 3GB of RAM is available too. Storage is 16GB with a microSD card slot so you can easily add more.

The rear 12 megapixel camera can record 1080p video, and the front selfie camera is rated at 8 megapixels.

Battery life is particularly strong, with a 3000mAh battery providing power through the day.

We don't think you can go wrong with the P8 Lite 2017, provided you're willing to try something a little different. 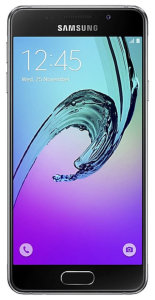 The 2016 version of the Samsung Galaxy A3 is another very popular mid-range choice. It's a beautifully designed slimline phone. More compact than the Huawei, the A3 has a glass front and back with a metal chassis.

The 4.7 inch screen is one of Samsung's superb AMOLED displays with a decent 312ppi pixel density and outstanding contrast and colour saturation.

The Galaxy isn't as fast as the Huawei. With a 4-core 1.5GHz processor and 1.5GB or RAM, it has performance typical of a mid-range phone. Storage is 16GB with a microSD card slot.

The 13 megapixel camera is excellent, with HDR mode and 1080p video capture. The front camera captures selfies at 5 megapixel resolution.

The Galaxy A3 has a smaller battery than the P8 Lite, with a 2300mAh capacity. But remember that it's a smaller phone and that its screen and processor are less demanding of power.

The Samsung may not offer the same power as the Huawei, but it's a stunningly beautiful compact phone. 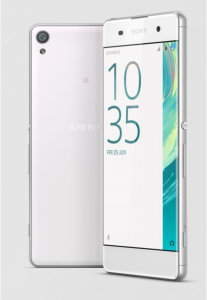 The Sony Xperia XA was an expensive phone when first released, but if you shop around you can find it for less than £200 now.

The XA is another ultraslim phone with a size midway between the Samsung and the Huawei. The styling is more boxy than the others, with an "infinity display" reaching almost to the edges of the phone. The display measures 5 inches with a modest 294ppi pixel density.

The phone is fast with an 8-core processor running at up to 2GHz and a Mali dual-core graphics processor for playing 3D games. RAM is a respectable 2GB, and like the other phones here, you get 16GB of storage plus a microSD memory card slot.

The 13 megapixel camera performs well with its Sony Exmor RS sensor, hybrid autofocus and HDR mode. It can record video at 1080p resolution, and the front camera has 8 megapixels.

The 2300mAh battery isn't particularly strong, but the phone is good in all other respects, especially for photography.

Comment by lokie from uk on 30th Nov 2017
Hmm no Moto G5 in this list, Picked mine up for £130 in gold, battery last 3 days and photo's are excellent, sound however is not very loud but a great phone non the less.

Comment by Tom Sheppard from England on 4th Nov 2017
J5 2017.
Completely useless as a telephone because all calls are unintelligible.