In the last quarter of 2014, Apple caught up with Samsung to become joint largest manufacturer of smartphones. Sales of iPhones accounted for 20% of all smartphone sales worldwide. 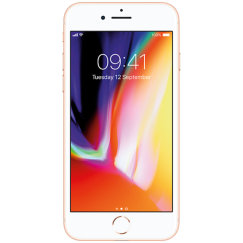 Apple iPhone 8 review
The iPhone 8 has a new glass design offering wireless charging. It's faster than ever, thanks to the new A11 Bionic chip, and now comes with 64GB of memory as standard. iOS 11 also brings some cool new features including augmented reality. But as ever, the price of owning the latest iPhone is higher than ever before. 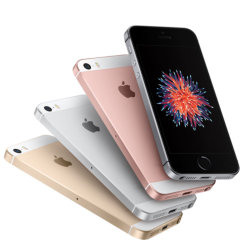 Apple iPhone SE review
The Apple iPhone SE gives you the power of the latest iPhone 6s in the compact and stylish body of the iPhone 5s! It's a winning combination, and the fact that this is the most affordable iPhone for years makes it a top buy. We love the ultra-premium & ultra-lightweight design, the super-fast M9 processor and the brilliant iSight camera with 4K video recording. The only room for improvement is the non-HD screen. 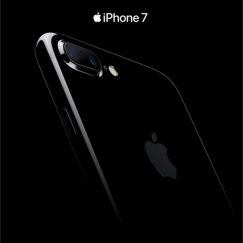 Apple iPhone 7 review
The Apple iPhone 7 keeps the same look as the previous model, but is now water-resistant and comes in a Jet Black colour option. The iPhone 7 is faster, with more memory, a better camera and longer battery life, but the price has gone up again. Oh, and the headphone jack has been removed. 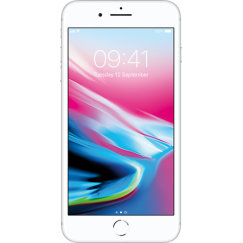 Apple iPhone 8 Plus review
The Apple iPhone 8+ is a larger version of the iPhone 8. With a bigger screen and a superior camera, it's the best iPhone of the current generation, but also the most expensive. Compared with the 7+, the 8+ offers more memory, a faster chip and wireless charging. 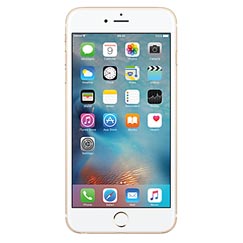 Apple iPhone 6s Plus review
The iPhone 6s Plus comes with a faster A9 processor, a 12 megapixel camera with 4K video recording, and Apple's new 3D Touch feature. It's also been substantially strengthened to avoid problems with bending, making it a lot heavier than the 6 Plus. Although it's a a wonderful piece of tech in many ways, it's phenomenally expensive. 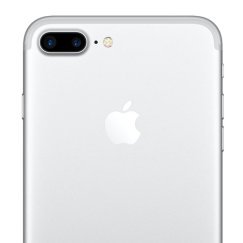 Apple iPhone 7 Plus review
The Apple iPhone 7 Plus is the best iPhone, with a better screen than the iPhone 7, a new telephoto camera, stronger battery life, faster processor and more memory. But it's a big beast - too big for some - and the price has risen yet again. 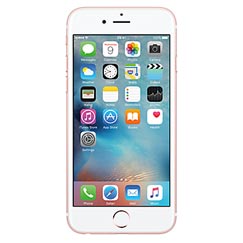 Apple iPhone 6s review
The Apple iPhone 6s has a faster A9 processor, improved cameras, pressure-sensitive touchscreen, and is less prone to bending. It's basically an updated iPhone 6, and comes in new colour options too. As always, Apple has delivered a good product, but it's vastly over-priced. 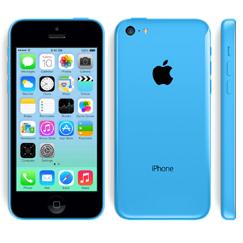 Apple iPhone 5c review
The iPhone 5c is the cheapest iPhone currently available and comes in a choice of Blue, Green, Pink, White or Yellow. It's underpowered in various ways however, with a tiny screen, weak battery and miniscule memory.

Apple iPhone 3G S review - The iPhone 3G S is more polished than earlier models and without the reception problems that plague the iPhone 4. Highlights include GPS navigation with a digital compass, OS X applications from the App Store, super fast web browsing, Apple's famous music-playing capabilities, up to 32 GB of built-in memory, and Wi-Fi. And the price is now very realistic.
Apple iPhone 3G review - The iPhone 3G is an amazingly user-friendly touchscreen phone. It includes many powerful features such as GPS navigation, OS X applications, fast web browsing, Apple's famous music-playing capabilities, up to 16 GB of built-in memory, and Wi-Fi support. But at the same time it's a very expensive device that misses a number of features that we've come to expect from high-end smartphones.
Apple iPhone 4 review - The iPhone 4 is a flawed beauty. Its main attractions are the famous Apple ease-of-use and design, and the high-resolution Retina display. But the small screen, middling spec and signal problems count heavily against it.
Apple iPhone 4S review - Although it looks just like the iPhone 4, the iPhone 4S has a new dual antenna that eliminates the reception problems that plagued the iPhone 4. A new dual-core processor makes the phone run ever so smoothly, and we love the voice-activated Siri intelligent assistant.
Apple iPhone 5 review - The iPhone 5 has a larger display, faster processor, improved camera, super-fast 4G and ultra-thin design. But the retail price is higher than ever, and some will criticise the fact that its screen size still lags rival phones.
Apple iPhone 5s review - The iPhone 5s. It's such a nice phone. It's the fastest, the most beautiful, has arguably the best OS and one of the best cameras. But in some areas Apple is still playing catch-up, which is why the almost unbelievable price tag makes us think twice before fully endorsing it.
Apple iPhone 6 Plus review - The iPhone 6 Plus is like the iPhone 6 but with a larger screen and stronger battery. It's a beautiful device, but super expensive.
Apple iPhone 6 review - The iPhone 6 finally catches up with Android and comes with a big 4.7 inch screen and NFC cashless payments. It's probably the most beautiful, most practical, most desirable phone in the marketplace in 2014.
Apple iPhone review - The stunning touchscreen user-interface of the iPhone is one of the seven wonders of the modern world. Combining a phone, music player, camera and web browser, the iPhone is a stunning device. However its high cost and many limitations mean that it is a flawed beauty.