When the iPhone 6s was released last year, we wrote that it was "too big, too expensive, and we didn't like 3D Touch." So, the new iPhone SE is just what we were hoping for! It's super-compact, much cheaper, and doesn't have 3D Touch.

In design terms, Apple has rewound the clock 3 years to the classic design of the iPhone 5s - probably our favourite design of any iPhone ever. Perhaps the high water mark in phone design ever! The squarer, flatter shape of the SE makes it look less like a toy phone than the iPhone 6/6s, despite its more compact size. All of the design features of the 5s are here, including fingerprint recognition in the home button. It's a design that's slim, incredibly light in weight, and just feels so good to hold. It's a classic!

Yet at the same time the phone's specification has been massively increased, matching the latest 6s, while still keeping the cost significantly lower. The iPhone SE combines the beauty of the 5s with the power of the 6s. The phone is available in a choice of Silver, Gold, Space Grey and Rose Gold, bringing its looks right up to date.

While the popularity of big-screen Android phones reveals a strong desire for ever larger screens, there are still many people who are happy with - or even prefer - a smaller phone size. And the fact is that the latest iPhone 6s is simply unaffordable for a significant number of people. So the SE meets two needs - the desire for a compact iPhone, and the desire for one that's more affordable.

We should say a few words about that screen before we move on. It looks like the original screen from the iPhone 5s of 2013. It's not even HD, and has a rather modest pixel density of 326ppi. We're used to higher resolutions these days, and we'd have liked to see a HD screen ideally, especially since rival manufacturers seem perfectly capable of fitting HD displays even into phones costing £100.

We're delighted to see that the SE incorporates all of the high-end hardware from the 6s. That includes the A9 processor and M9 co-processor, making the SE blazing fast and able to run any app you care to download.

The phone runs the latest iOS 9 operating system too.

As usual for an iPhone, the memory capacity is fixed, and comes in a choice of 16GB or 64GB. 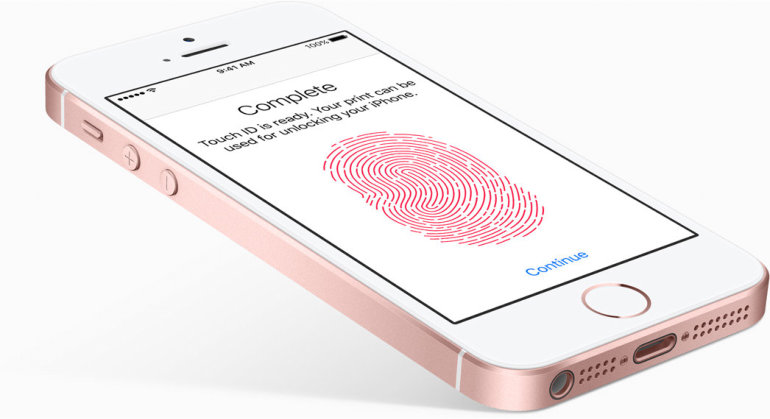 Impressively, the iPhone SE has the same iSight camera as the 6s. This is outstanding, with a 12 megapixel BSI sensor, auto-HDR, and the ability to record UHD 4K video. The front camera enables FaceTime and selfies.

Connectivity is the same as for the 6s, with support for 4G LTE, Wi-Fi, Bluetooth, a Lightning connector, and NFC, which enables Apple Pay.

Apple's official figures claim 13 hours of continuous use on a full battery, and that sounds about right, especially with the smaller screen size, and the battery-enhancing features of iOS 9. The quoted standby time of 10 days might just be possible, under optimum conditions.

We very much welcome the launch of the iPhone SE. It's a beautiful, compact smartphone with the power of the very latest high-end technology. It's premium in every way, although we do wish it had a HD screen.

The continuing sales of Apple's older iPhones indicates a strong desire for a compact iPhone (plus an unwillingness of many people to pay silly money for the newer models.) The new SE bridges the gap, offering a compact iPhone with cutting-edge technology at an affordable price.

That sounds like a winning combination to us at S21, and we have no hesitation in recommending the iPhone SE. The closest Android alternative is probably the Sony Z5 Compact. 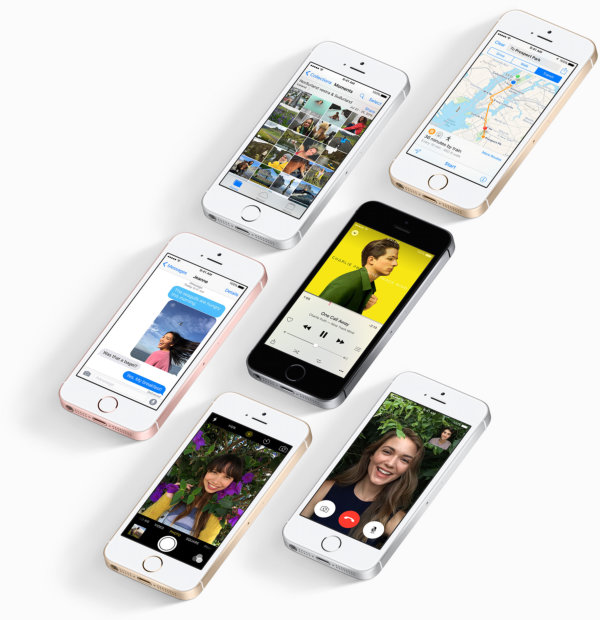 Reviewed by LM from UK on 24th May 2018
The iPhone SE is a balanced phone compared to to others. For me, a phone with a screen bigger than 4.5” is too big. Having said that I have had 5”+ devices but always keep going back to a smaller device. This isn’t my first iPhone. Like many I have had almost every version. I have had an SE before but at the time thought the smaller screen was to much a compromise that I couldn’t live with. My last device was a Galaxy A5 2017. Whilst being a good device for the money, it suffered from having a slower CPU and I noticed the phone struggle to cope on occasion. I got another SE to replace it and here I am.

Great speed. Easy to use one handed, so not only can the SE multitask, so can I. Good camera and so on.

Will I get a bigger phone. Probably not, unless Apple release an SE2 with a 4.5” screen.
Rating:

Reviewed by Rob from UK on 8th Nov 2017
The problem nowadays is mobiles seem to be getting bigger and bigger which is fine for women with handbags but not so good for men who may be wearing trousers or shorts and a shirt. I always vowed to stay away from iPhones but having a Macbook Air my daughter talked me into trying the SE because it synchs everything. All I can say is totally converted. I always had Nokias then Samsungs which are great phones. But the iPhone SE is brilliant. It's a nice size, reliable. Battery life is quite adequate for me. The apps are excellent. This phone in my opinion is simply fantastic and I would not hesitate in recommending it. My partner and daughter both have them and they agree. Agreat all round phone Definitely 5 stars from me.
Rating:

Reviewed by Mel from Wales on 26th Mar 2017
I really liked my Samsung j5 2016, but the size got on my nerves and I secretly missed iOS. When I saw the SE I knew that the size, Apple Pay, better camera, double RAM etc compared to the 5S would be perfect for me. I need a one handed phone (arthritis and multi tasking!) so found one on eBay for a bargain price and practically new that was only £60 extra once I had flogged the Samsung and a few bits! It doesn't disappoint. Faster, easy to transfer everything from Android to iOS, camera is fab, Apple Pay, fingerprint sensor etc etc. All make life a lot easier for me. Dinky is good!
Rating:

Reviewed by Billy from England on 4th Oct 2016
First time I loved my phone since my Blackberry Bold.
Rating:

Reviewed by john from Sweden on 9th Aug 2016
It was really really stylish, the best ever may be.
Rating:

Reviewed by ME from UK on 1st Aug 2016
Life is perfect once more. iOS 9.3.3 can be jailbroken. The iPhone SE was already a very good phone. Now I can jailbreak it just put the cherry on the cake.
Rating:

One comment regarding your comment about the screen not being HD. This is somewhat untrue if you look at PPI. The 4" screen has a 326PPI compared to 5" 1280x720 being 294PPI. 720P is the lower end of HD granted.

The iPhone SE's screen is pixel sharp to the eye. Yes there is a loss of what can be displayed on a smaller screen. Larger phones require 2 hands, so why not use a full blown tablet of a laptop.

Reviewed by Stevie W from UK on 4th May 2016
Up to date, I've always used Android phones so was a bit unsure whether or not to switch over to IOS, I bought this phone & I'm so glad I did!
It's so fast, Great looking in Space Grey & just the right size.
It does everything I want in a phone!
Picture quality is Billiant!
A big thumbs up from me!!!
Rating:

Reviewed by John D from UK on 29th Apr 2016
Great wee phone. Light and pocketable. Does everything I ask of it.
The best I Phone yet.
Rating:

Reviewed by natasha from uk on 14th Apr 2016
Time for my upgrade and the iphone 6s is too big for me. This iphone se is perfection.
Rating:

Reviewed by Dawn from Uk on 14th Apr 2016
Upgraded from 2yr old 5s to the se. Don't like big screens so this is perfect. Love it. Fast & clean. Space grey is timeless & classy. Thumbs up :) Happy.
Rating: